Sand Filter Repairing: Your swimming pool sand filter is one of the essential pieces of equipment that is needed to keep your water looking fresh and clean. It must be kept in optimum working condition to keep the water sparkling. Just like the pool pump, its filters problems also need to be fixed quickly.

However, at ALAWAI, we have a team of expert and experienced employees who can detect the problem and can repair it. Our employees have been working for years and could satisfy you with our services 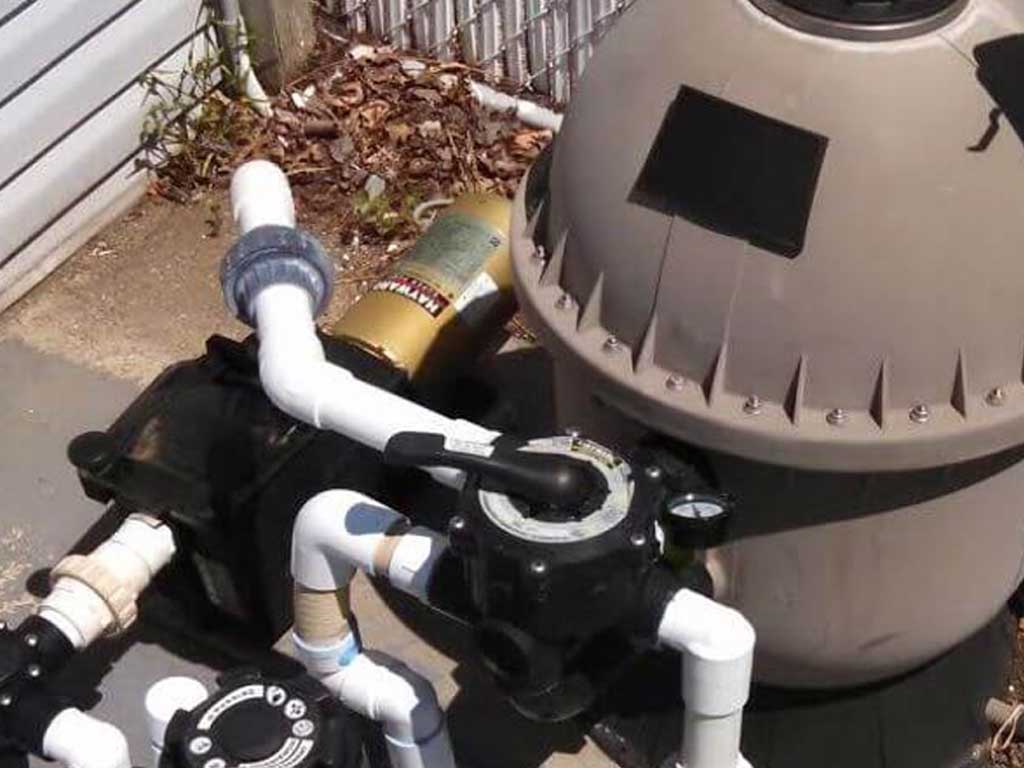 Symptoms that show that your filter needs to be repaired

Poor working of your filter will result in bad condition of the water. However, the problem could come in many different forms, it could be due to the elements that are no longer filtering the pool water properly, or there could be leaks, or maybe numerous other issues.

Nonetheless, the symptoms that could give you a signal that it’s necessary to repair it includes;

Leaks coming from the unit

When the filter itself starts leaking, it could be due to a number of reasons, from broken o-ring to structural failure. If it is leaking just because of a broken o-ring, then you have just lucked out. You just have to replace the o-ring, and it’s ready to use again. On the other hand, if leakage happens due to the cracks on the unit itself, then it’s time to move towards the repairing option.

One thing to remember is that repairing unit cracks is a risky and sensitive task as if the repairing goes wrong, it could lead to a catastrophic failure. So, it is advised to consult a professional and famed company like ALAWAI, where we have talented and experienced employees to fix every repairing problem.

When a pool is leaking, most of the time, it is usually due to a multiport valve that leaks. The usual multiport problem is leaking water or coming out from somewhere it should not come. However, multiport leaks are a sign showing to you that they need repairing!

A good cleaning of elements should bring the pressure gauge reading back to normal. If that doesn’t work, remember the last time you changed your filter elements. If it is more than five years, it may replace the elements. But if you’ve recently changed your elements, the problem could be as simple as a faulty pressure gauge, so it is time to get it checked to form our professionals.

Sometimes, the handle on the top of the multiport valve could break by exerting too much force or due to large tree branches. Without the handle, it could be problematic to handle the filter. However, our repairing services are always ready for you, and we can help you fix this problem.

Sand leakage in the pool

If you notice constant leaking of sand into the pool water, it is usually a sign of a broken lateral. Laterals are the plastic parts at the bottom of the filter. It could also be a broken sandpipe of the diffuser. However, if any of its internal parts will break, it will leak sand into the water. It is a time to consult with our professionals who will resolve this problem for you.

The sand inside a filter must be changed almost after every three to five years. However, the time limit could be changed depending on the size of the pool and the workload. They contain sand that can sometimes clump together, allowing water to flow through the holes without being filtered. With hard water, and can also calcify – to turn sand into sandstone. If you need to run your pump more often than usual to maintain water quality, then it may need to be replaced.

If the filter tank is cracked or broken, usually due to frost damage, it’s time to replace OR repair it. You may notice sand in your pool, which could come from a cracked or broken filter’s body.

The sand of your filter will need to be changed every four to five years because sand naturally wears out. Its sharp edges normally allow you to filter water properly can become smooth over time, creating channels for unfiltered water to pass through. You may notice that your pool water is not as clean as it should be. Our experts will take the necessary steps to repair this problem; they will replace the sand and make it run like new!